0:  The number of service members from now on who must perpetuate a lie to keep from being discharged from the military.

I’ve often wondered how different my experience in the Air Force would have been without Don’t Ask, Don’t Tell.  I wouldn’t have needed to lie about who I am.  I would have been able to confide in my friends—the people my life depended on in a combat situation.  Some people would have treated me differently, I’m sure.    But one thing that would not have changed was my work.  Being gay had nothing to do with how well I did my job.  Which, of course, is the point of all this.  Someone coming out as a homosexual should have the same impact as someone stating their religious preference.  These characteristics are simply part of who we are, but they play no part in our ability to carry out a mission.
Of course, there is still much work to be done: The ban on transgenders from serving, military benefits for non-married domestic partners (gay or straight) of service members, legal recourse against discrimination and harassment, and discharge upgrades.  But the first step has been taken.  The numbers above will no longer increase.  Servicemembers can now get back to work.

Remnants of Light: A Novel by Mike Yost

Before I was walking the streets of Denver with my camera, I sat inside my apartment (and a few bars) drafting a novel in grad school while studying existentialism.

It’s a narrative of a guy falling headfirst into an existential crisis, mostly drinking his way through self-hatred, the need for connection, and the weight of loneliness as the days are stacked on each other in piles like old photographs curling at the edges, soon to fade and slip silently into oblivion. 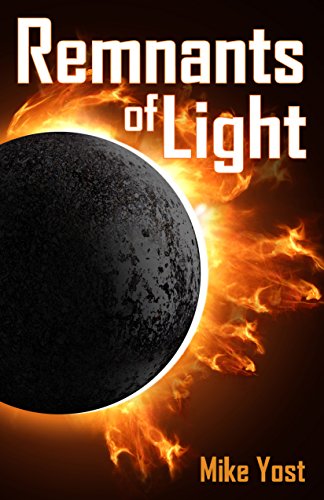 Excerpts and links may be used, provided that full and clear credit is given to Mike Yost with appropriate and specific direction to the original content.